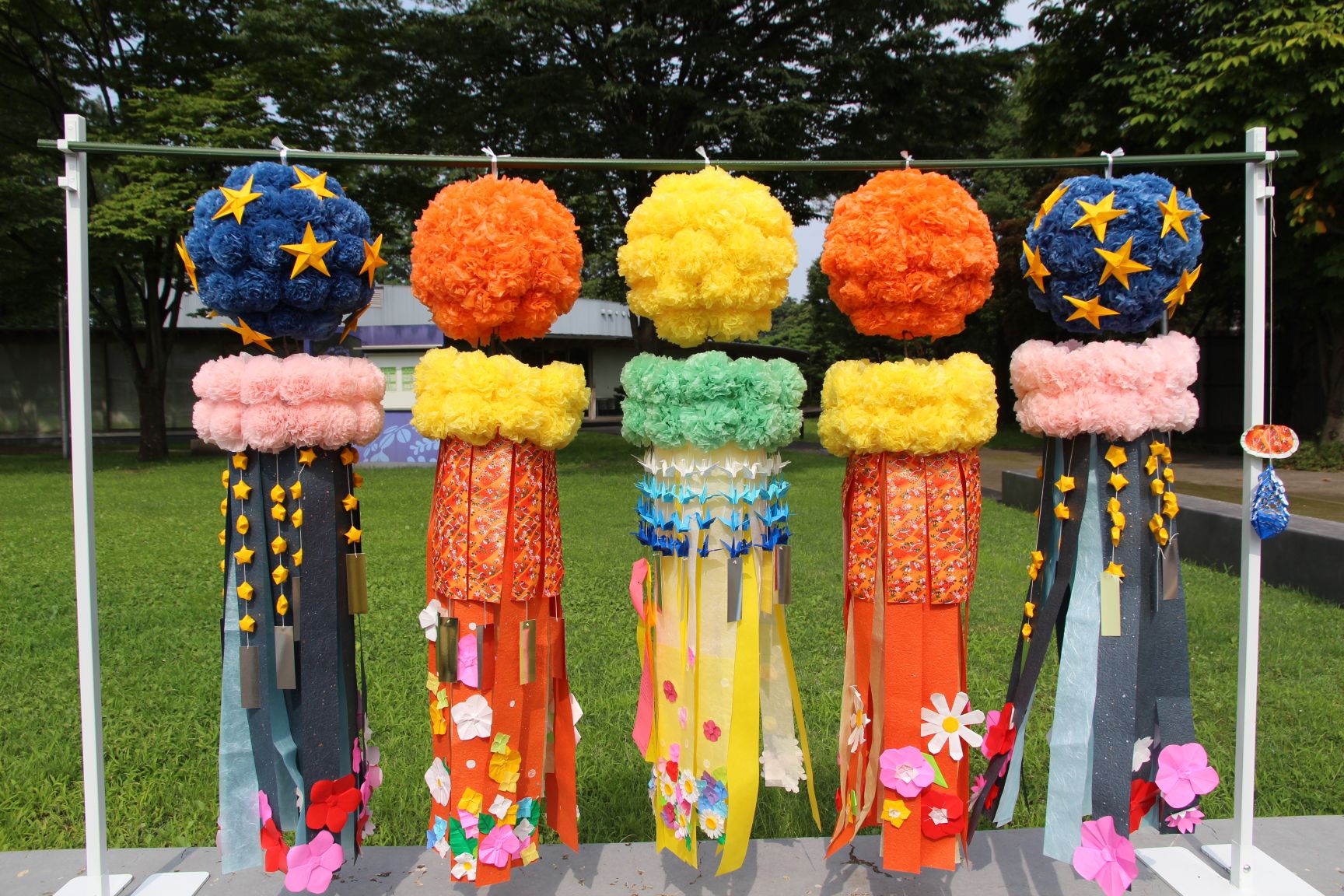 Tanabata is one of the most important festivals in Sendai. It dates back to the era of the city's first lord Date Masamune and attracts millions of tourists to Sendai each year. Unlike the rest of Japan, which celebrates Tanabata on July 7, Sendai marks the event in August, with large hanging ornaments made of bamboo and colorful paper.

This year, due to the COVID-19 pandemic, Sendai City has cancelled its official Tanabata Festival. Nonetheless, students at Tohoku University were still able to learn about the festival’s history and try their hand at creating their own decorations.

The “Understanding Japan through Miyagi’s Traditional Culture (Sendai Tanabata Festival)” class, which ran from April to August, had 14 international and eight Japanese students. They were divided into four groups, with each group tasked with designing a set of decorations around an original theme.

To get a better understanding of the rich tradition behind the making of the decorations, the students had a chance to talk to a staff member of the Sendai Tanabata Festival Support Association, the official organizer of the annual event.

During a regular year, students would choose one design and create one set of decorations as a class, to enter in the official Sendai Tanabata Festival.

This year, however, with all classes held online, students had to plan, discuss and execute their ideas in small Zoom groups, while working on the origami and other craftwork individually. Through great communication and coordination with each other, the 22 students were able to successfully create four complete sets of decorations.

Their beautiful work can now be viewed online and all students are encouraged to celebrate the spirit of the Sendai Tanabata Festival this year.

※ To view the theme and the design drawing of each group, please click the photos.