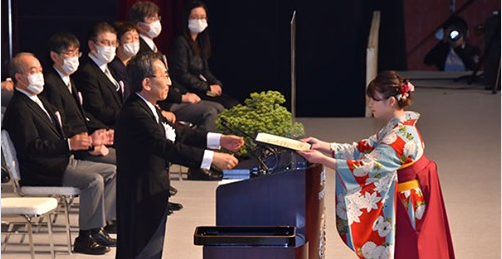 In his latest message, Tohoku University President Hideo Ohno addresses the state of emergency in Miyagi prefecture, and announces a change in format of the upcoming commencement ceremony.

"We had originally planned to hold this year's commencement ceremony on March 25, at the Kamei Arena Sendai, with all graduating students in attendance. However, as Miyagi prefecture is now in a state of emergency, the university has decided, in the interest of safety, not to proceed with such a large event."

"Instead, a small ceremony will be held, with only award recipients and selected student representatives. Students and faculty involved in this new format will be contacted individually."