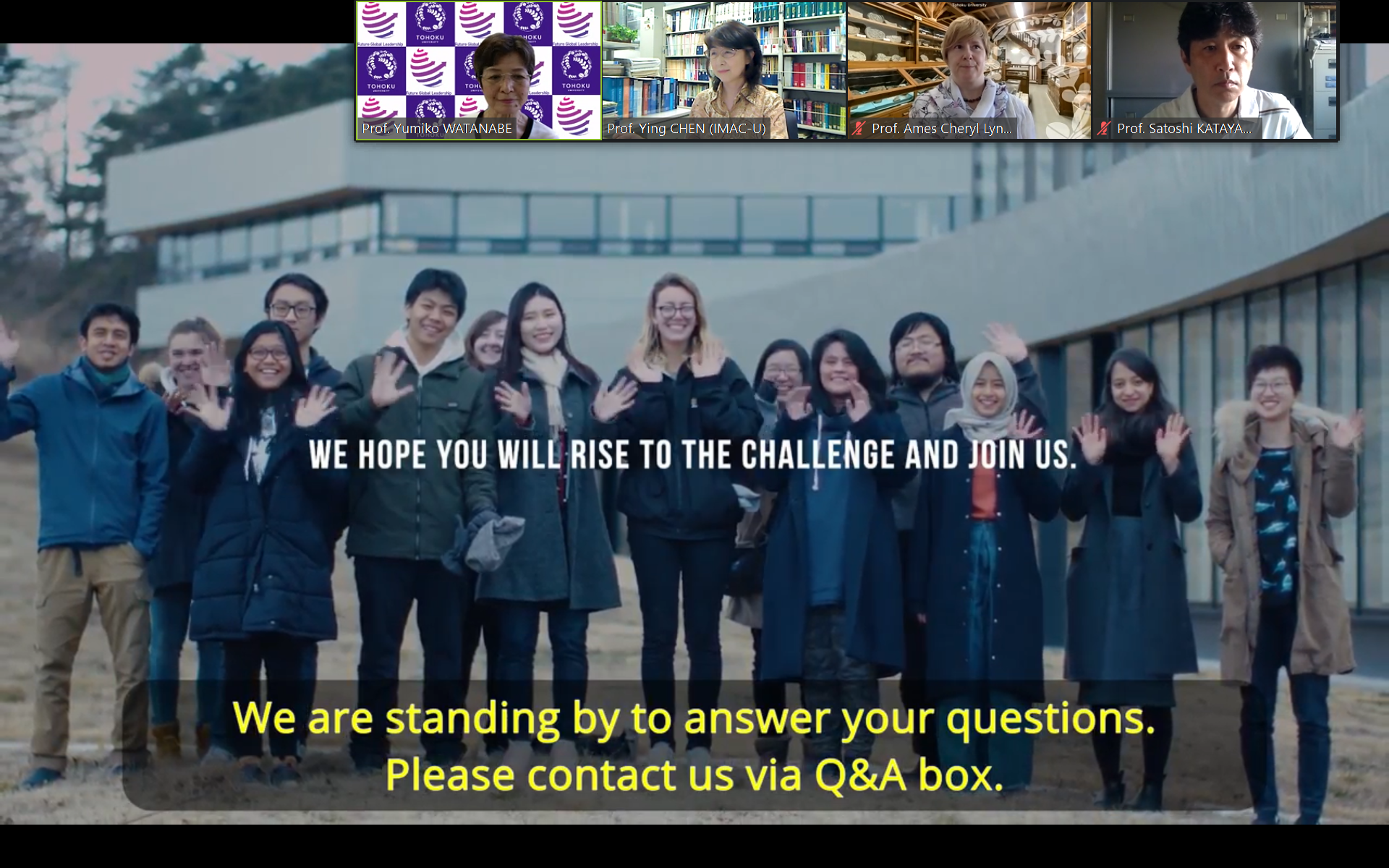 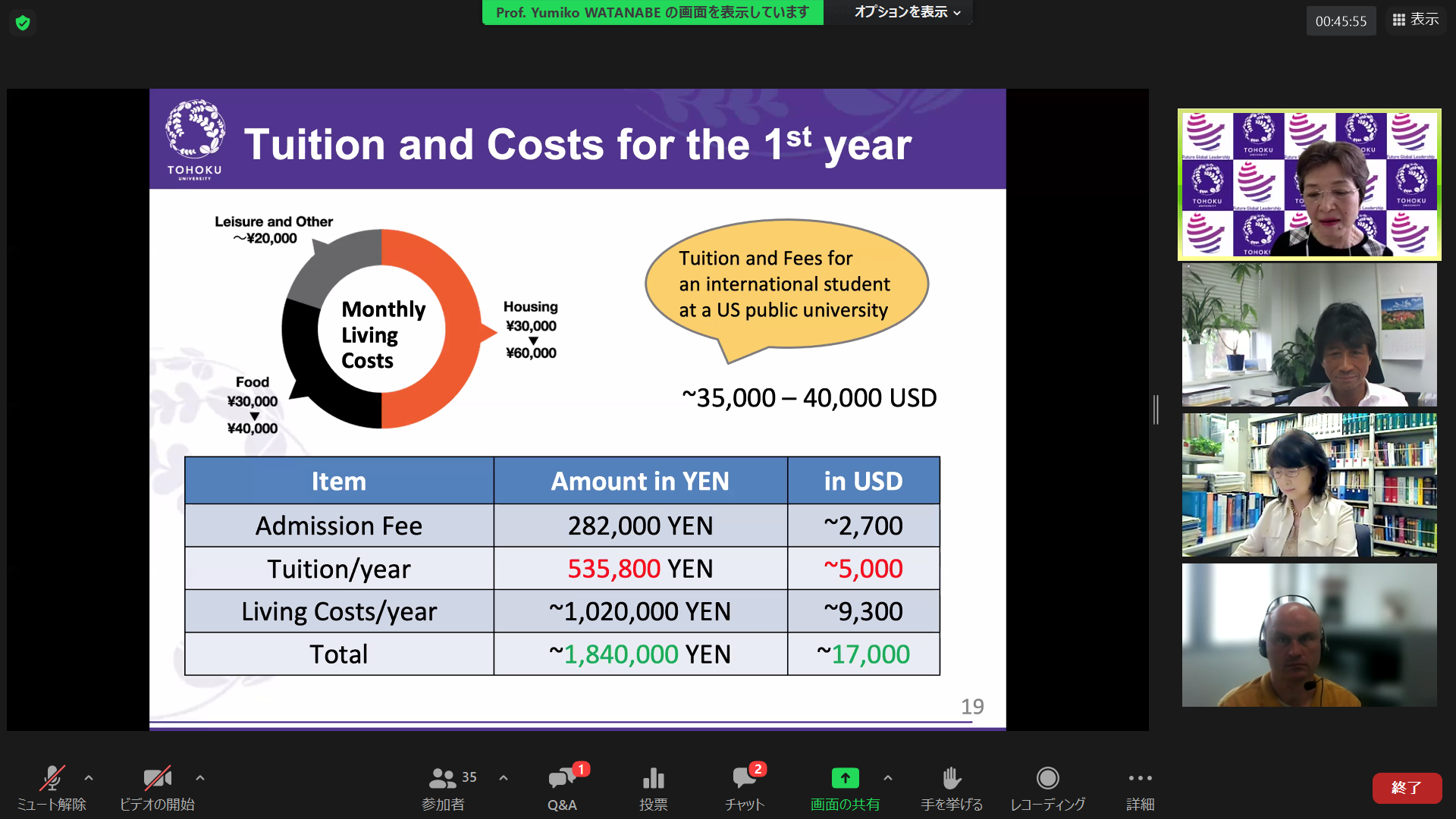 Tohoku University, along with 16 other JUC member universities, participated in the STUDYING IN JAPAN Virtual Fair organized by JUC: Japan University Consortium on June 16 and 17.

This fair was the first promotional opportunity for Tohoku University since it joined the JUC in May 2021. Faculty members from the three FGL undergraduate courses and the FGL team from Kawauchi participated in the fair and introduced Sendai and the university. The two-day fair was attended by 86 participants from all over the world, mainly from South America and Asia. More than 50 questions were raised about application procedures, scholarships, and living expenses in Sendai, etc.

Tohoku University plans to hold more fairs in collaboration with other JUC universities in the future.