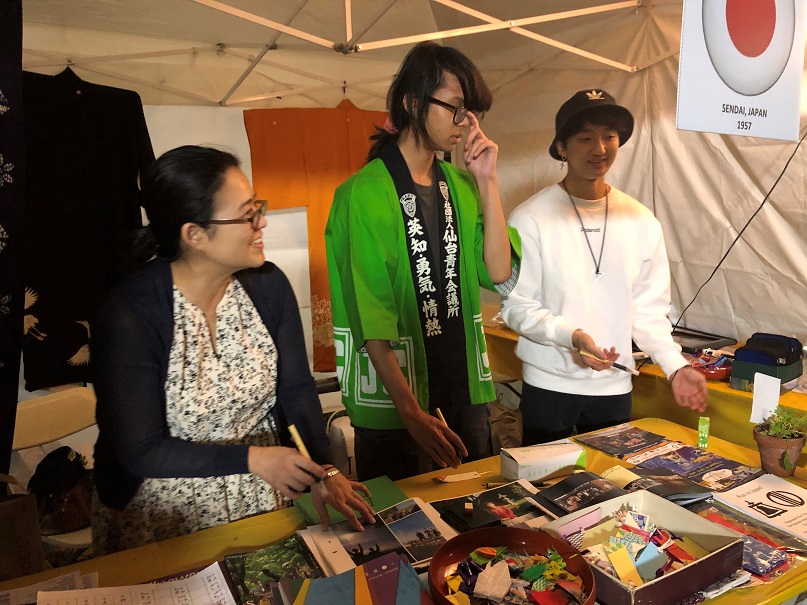 Greetings from the Tohoku University Center at University of California, Riverside! We hope that this Newsletter finds everyone doing well!

20 Tohoku students participated in a Multiculturalism program at the UCR Extension Center from August 12 to August 30th. Besides learning about the variety of diverse cultures found in the US, they had opportunities to interact with other UCR students and learned exhaustively and comprehensively about all the coalescent traditions and norms built into the base of the culture itself. Tohoku University also invited UCR alumni who had studied on the TU campus, and they talked about how wonderful and unforgettable their study abroad experience was! This summer, a total of four UCR students participated in TSSP and TUJP, returning home with great academic and cultural experiences from Tohoku University! We hope all SAP participants had a great experience at UCR as well!

On October 10th, the City of Riverside held an event called “Long Night Riverside” in downtown Riverside. The Tohoku University Center along with multiple UCR student volunteers helped operate a Sendai booth in hopes of promoting Sendai and Japan by writing guest’s names in Japanese on origami bookmarks. We hope this wonderful Sister City relationship will keep getting deeper and stronger and are glad to be part of it!