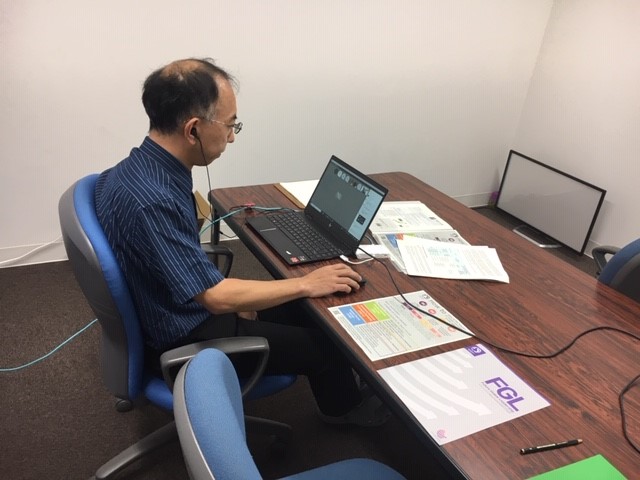 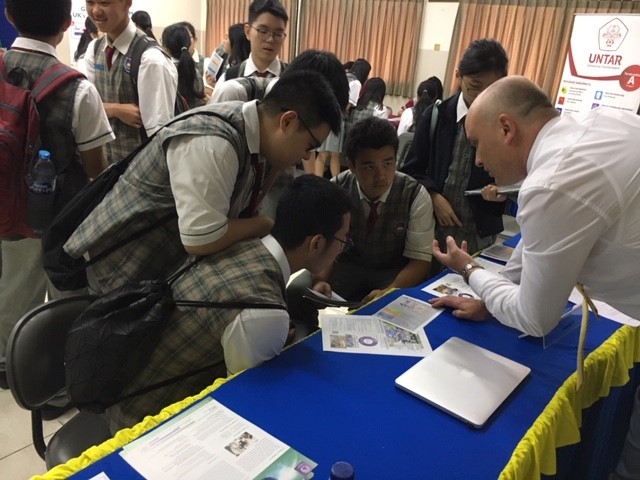 Seminars explaining the Future Global Leadership Undergraduate Courses (FGL Program) were conducted at four high schools and one organization in Indonesia from September 22 to 28, 2019.

The program's first ever Internet-mediated "Introduction to the FGL Program and Q&A" was conducted in Jakarta and the Central Java city of Semarang. The attendees of two sessions were 30 families and 20 students, respectively. It was a very good method of explaining the program directly to the students' parents/guardians.

In Jakarta, in-person visitations were made to Indonesia's 1st and 3rd highest ranked high schools. Interest in studying abroad and the FGL Program was very high at both schools. There were 60 attendees at the top-ranked high school, and the seminar lasted some two hours. The other school held a Study Fair where Tohoku University had a booth, which nearly 300 people visited, including parents/guardians. At both activities, the video that we made to explain the FGL Program overall was extremely effective.