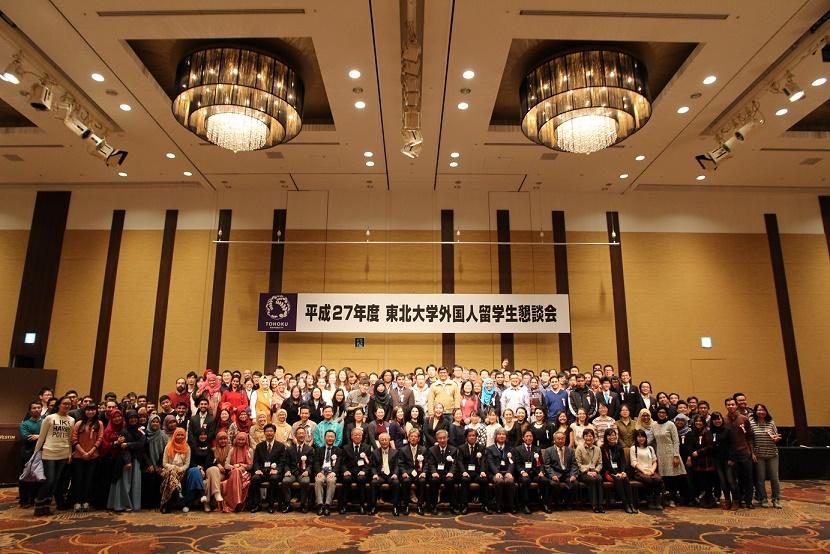 The Tohoku University International Students Reception for the academic year of 2015 was held on Friday, March 4, 2016 in the Ballroom of the Westin Sendai.

At the beginning of the reception, President Satomi offered words of thanks to those who provide support for Tohoku University's international students and encouragement to the students themselves. Next, Executive Vice President Hanawa Kimio led a toast. This event helped to deepen cultural exchange among the participants in a relaxed atmosphere.