During the morning, students visited the T.U. Graduate School of Agricultural Science field center in Onagawa. There they heard a lecture on the impact the disaster had on Onagawa and the ocean ecology by Dr. Akihiro Kijima, a professor at the center. They then traveled to Ishinomaki where they had lunch and took a tour of the disaster-hit area. During these activities they interacted with the local residents. They also visited temporary housing, and at Ishinomaki Newsee saw handwritten extra editions of wall newspapers issued by Ishinomaki Hibi Shinbun newspaper just after the disaster. They then heard lectures by Akinari Abe, who has made efforts to revitalize Ogatsu town through forestry after the earthquake, and Gota Matsumura, who founded ISHINOMAKI 2.0 under which various projects have been started to develop Ishinomaki, such as furniture production/sales, and a real estate agency that matches local property owners with enterprises and residents. Finally, the students were divided into groups to discuss what they learned through the tour and what they could do to help the disaster-hit regions. The international students expressed their ideas and feelings passionately.


A questionnaire was given after the tour. Many students responded that they were glad to have had the opportunity to see the affected area in person and talk directly with disaster survivors. They also mentioned that they were impressed by the strength of the bonds among the local residents and their fortitude when faced with difficulties.


TUFSA and SCRUM plan to hold a similar study tour again next year. 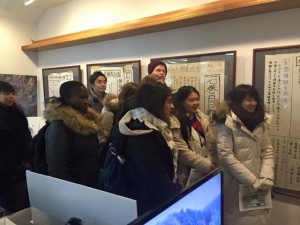 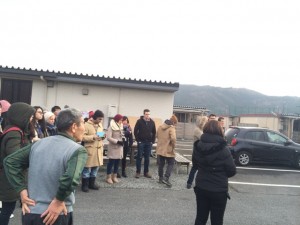 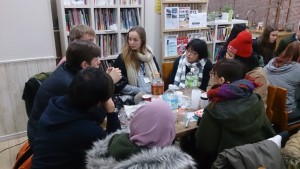 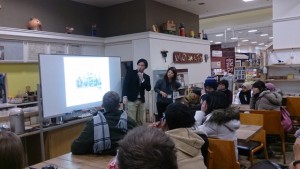